Gluten-free Jubilee trifle recipe! A quicker and easier version of the now famous lemon swiss roll and amaretti dessert that won the Platinum Pudding competition. Nobody would ever know that it’s Coeliac-friendly and wheat-free, promise!

Gluten-free Jubilee trifle recipe – the perfect dessert that’s fit to celebrate the Queen’s platinum Jubilee. Not only is it gluten-free, but I’ve made it quicker and easier to make too – you only have to make the gluten-free lemon swiss roll and amaretti biscuits, then layer up. No need to make the lemon curd, jelly or custard from scratch with my recipe!

The Queen’s Platinum Jubilee trifle is a great example of why I started making gluten-free recipes in the first place.

Suddenly, the entire country seems to be enjoying and making something for a special occasion and without some sort of divine intervention, us gluten-free folks suddenly become spectators to the whole affair yet again.

But that’s definitely not happening on my watch! That’s right, I’ve adapted the winning entry of the Platinum Pudding competition (Jemma from Southport’s Lemon Swiss Roll and Amaretti Trifle) to be entirely gluten-free.

Not only that, but I’ve made it quicker and easier to make, so consider this my cheat’s version of the famous lemon swiss roll and amaretti trifle. Here’s all the simple supermarket ingredients you’ll need to make it possible:

So, what does my gluten-free Jubilee trifle taste like? Well, exactly like the real deal of course!

The bottom layer is a tribute to all things lemon, packed with a homemade lemon swiss roll, swirled with lemon curd, embedded in a layer of orange and lemon St Clements jelly.

Then, it’s topped with the best thing to ever happen to any dessert: cold vanilla custard. That’s followed by a layer of crunchy, chewy, almond amaretti biscuits and chunky, juicy tinned mandarins.

And who could forget about all that lovely, fluffy whipped cream and grated white chocolate on top? It tastes every bit as good as it looks! Here’s a few frequently asked questions before we get started:

Can I make this recipe gluten-free? Is it suitable for Coeliacs?

It is gluten-free, though nobody would know just by tasting it – trust me!

Bear in mind that minimising cross-contamination is hugely important if you’re Coeliac or making this for someone who is. Here’s some tips from Coeliac UK on minimising the risk of cross contamination.

Can I make your gluten-free Jubilee trifle recipe dairy-free?

Can I make your gluten-free Jubilee trifle recipe vegan?

Unfortunately, as there’s so much egg involved in this recipe (which are very important in a swiss roll, amaretti biscuits and lemon curd) this isn’t an easy one to make vegan.

It’s definitely possible, but by the time I’d adapted this to be vegan, it would be almost an entirely different recipe! However, if you’d like me to make this vegan anyway, just let me know.

Is this recipe low FODMAP?

It can be! Simply:

Which trifle dish did you use to make your gluten-free Jubilee trifle recipe?

I used this exact trifle dish from Waitrose/John Lewis which is 20cm in diameter and has a 1.9l capacity. This is a lot smaller than the original recipe which asks for a 3.5l capacity trifle dish.

A bigger dish would be fine using the measurements in this recipe, but any smaller and you’d definitely struggle to fit it all in. You might like to change up the ratios too, if you like more custard, use more, if you don’t much like jelly, use less. The choice is yours!

Your recipe uses ready made custard and store-bought jelly and lemon curd – can I still make my own like in the original recipe? What about the jewelled white chocolate bark?

Though for a special occasion, I really wanted to bring this recipe down to Earth and make it easier and quicker to make for everyone. So it does differ from the original recipe slightly.

So feel free to use this recipe to show you how to make the lemon swiss roll, then you can follow the original recipe for the rest – it just involves a lot more of making everything from scratch!

What is the Queen’s platinum jubilee?

The Queen has ruled for longer than any other Monarch in British history. You can read more about it here. 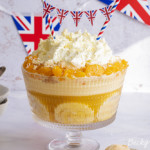 For the swiss roll:

For the amaretti biscuits:

For the swiss roll:

For the jelly layer:

For the custard layer:

For the mandarin layer:

For the whipped cream onwards:

Remember that depending on the size of your dish you might need more or less of some of the layers. Also you might want to change the amount in each layer just based on preference e.g. loving custard but not wanting so much jelly!

Thanks for reading all about my gluten-free Jubilee recipe! If you make it, I’d love to see how it turned out so don’t forget to take a snap of your creations and tag me on Instagram!

Don’t forget to pin this for later! 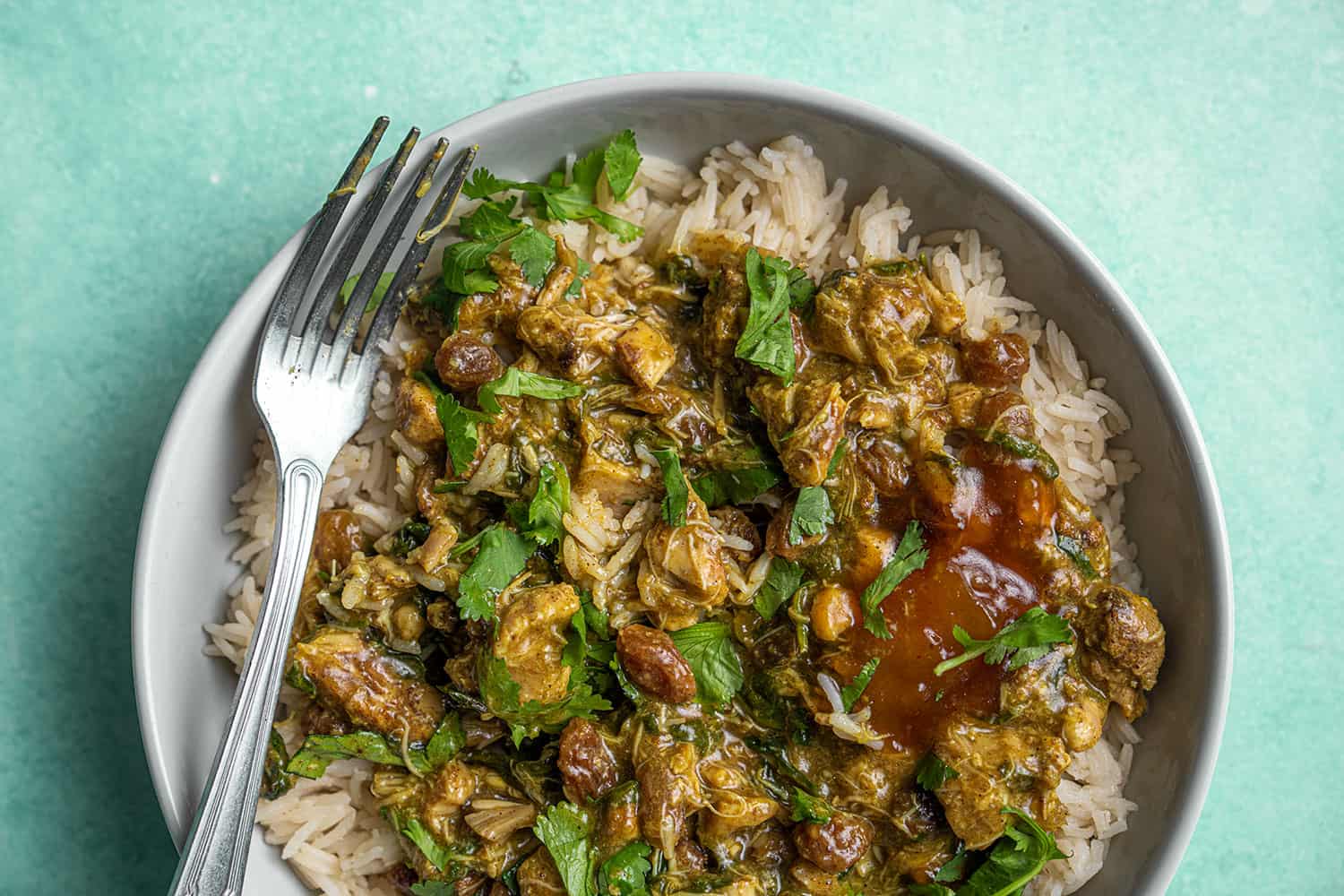 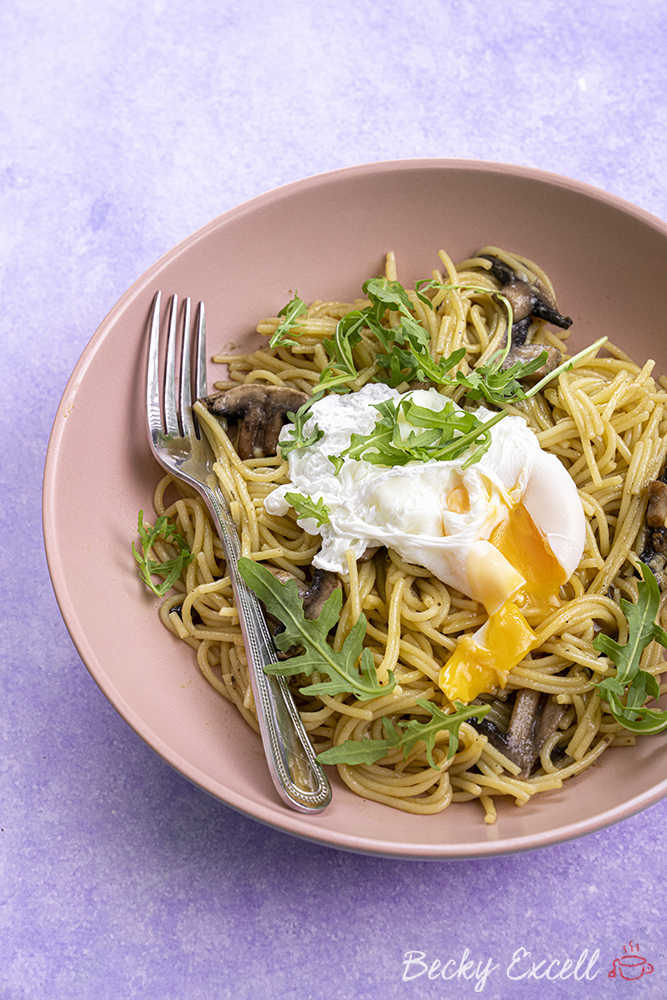