Yep, Veganuary is here! So how convenient that my gluten free and vegan buckwheat pancakes recipe is too… it’s almost as if it was planned (it was). Obviously they’re 100% dairy free too, but they’re also low FODMAP FYI. 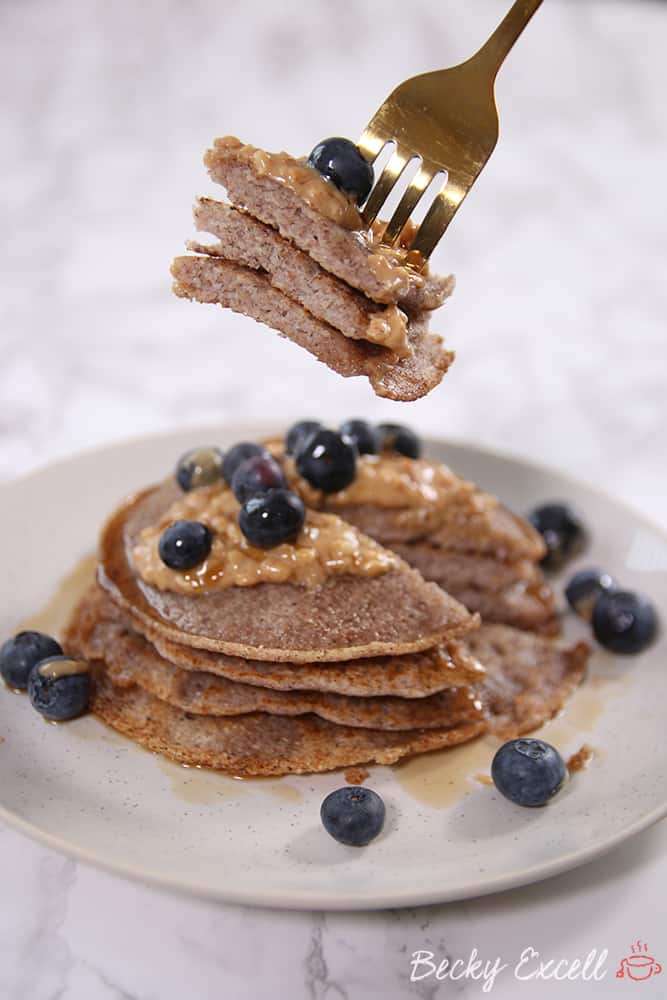 As much as I love crépes, there’s something so awesome about light, fluffy pancakes in a massive stack. Then, add a little peanut butter on top with a low FODMAP serving size of blueberries?

I think my eyes just changed into hearts, therefore I am now a human emoji.

BUT! You might be wondering why I made my gluten free and vegan buckwheat pancakes with buckwheat flour. Good question! 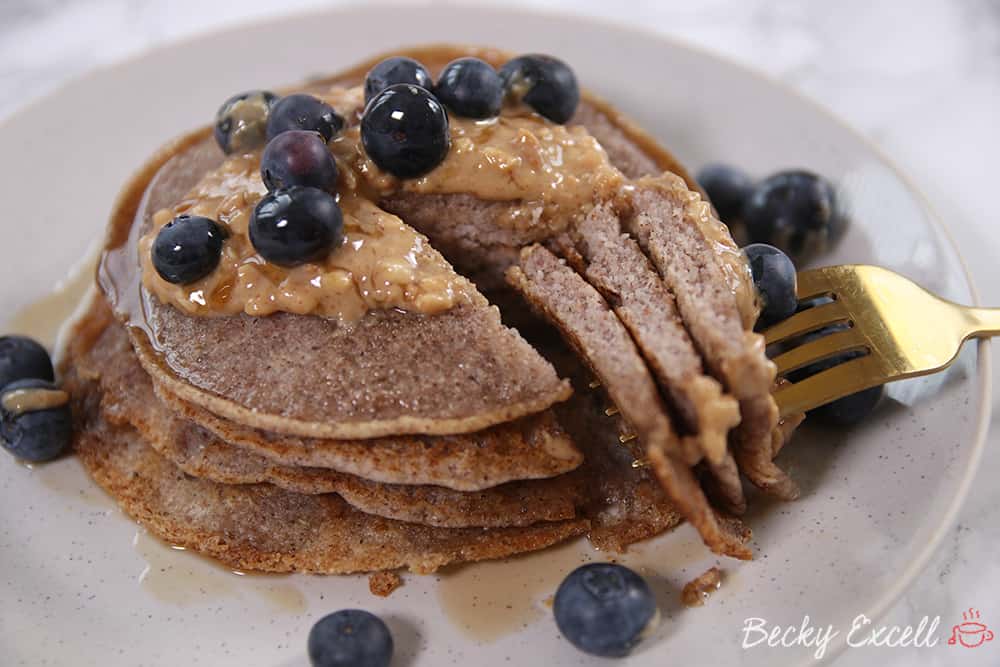 I know, I know. Buckwheat pancakes are traditionally used as the savory equivalent of regular pancakes. So you’d traditionally have sweet fillings with a crépe and something like goat’s cheese and ham in a buckwheat crépe.

I guess it’s because buckwheat has more of a wholegrain taste? But trust me, it works great with sweet or savory toppings and it’s a welcome change from regular pancakes. 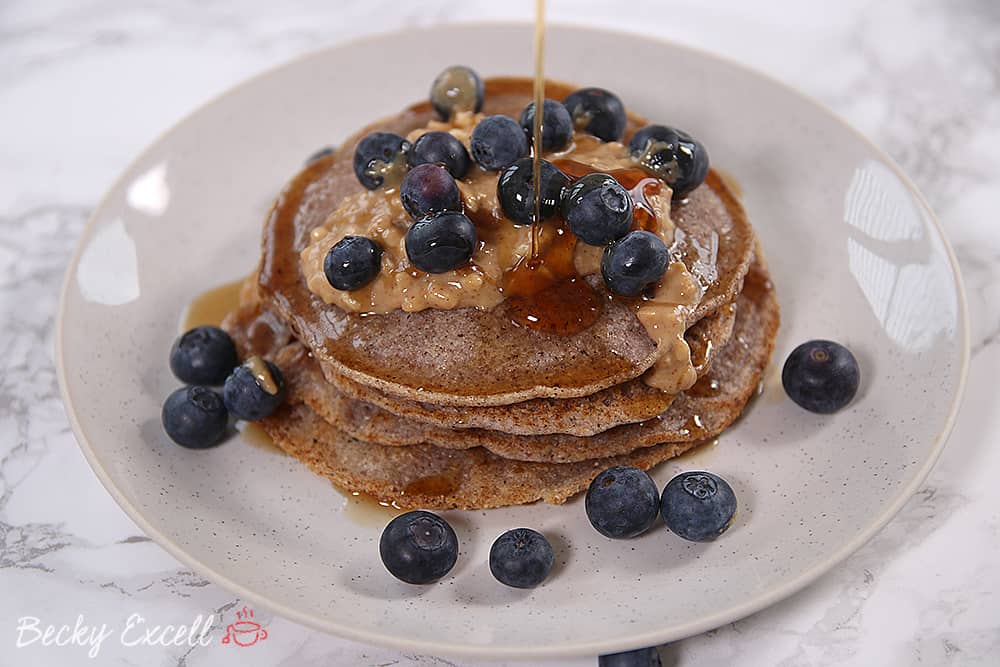 So what’s so special about my gluten free and vegan buckwheat pancakes? 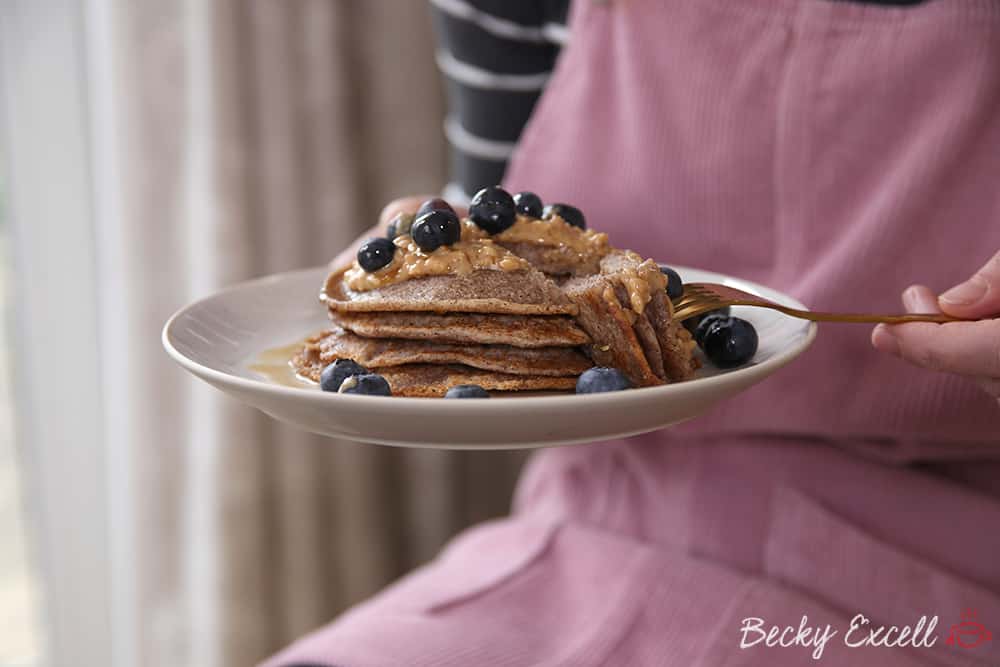 Well, of course, to be vegan, you’ve got to drop one of the most common ingredients for pancakes: eggs.

I’ve struggled making pancakes without eggs for years. You can use stuff like mashed banana (I always end up with lumpy pancakes) or egg replacer (which is never stocked in my supermarkets) so I just sort of gave up.

Now, I don’t know what all the fuss was about! This recipe just doesn’t need eggs and it now makes me wonder whether or not you need them at all in any pancakes, ever.

It’s such a simple recipe that can be made in a hurry, or on a relaxed weekend brunch date at home. Get stuck in! 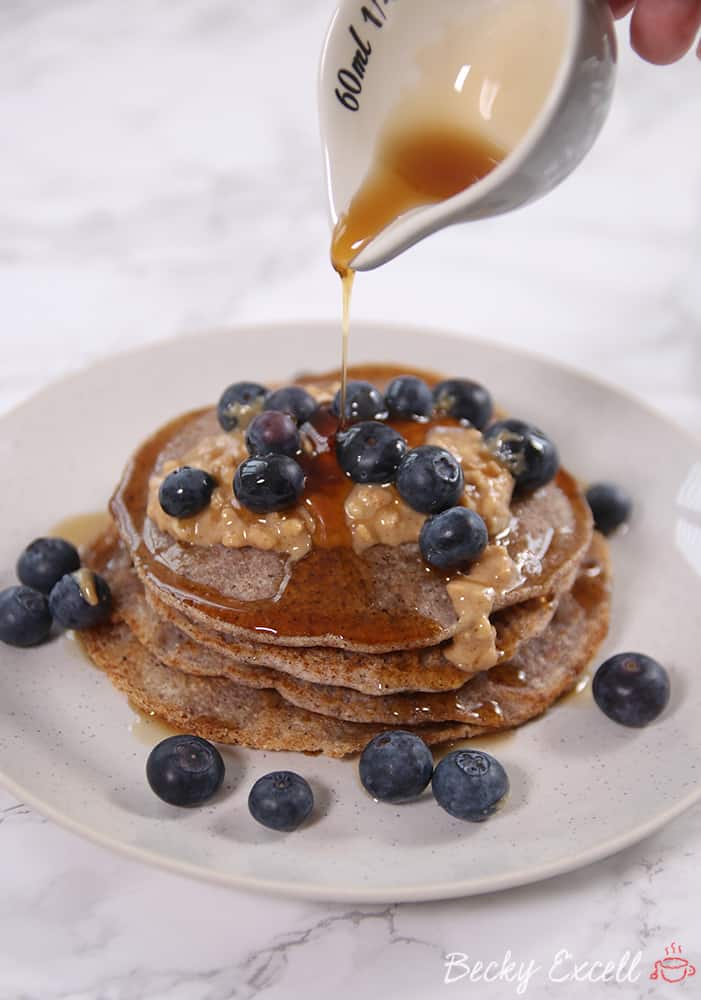 So here’s how to make my gluten free and vegan buckwheat pancakes! This makes about 4-5 pancakes, so maybe double it for 2-3 people. 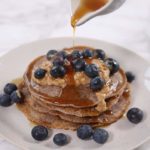 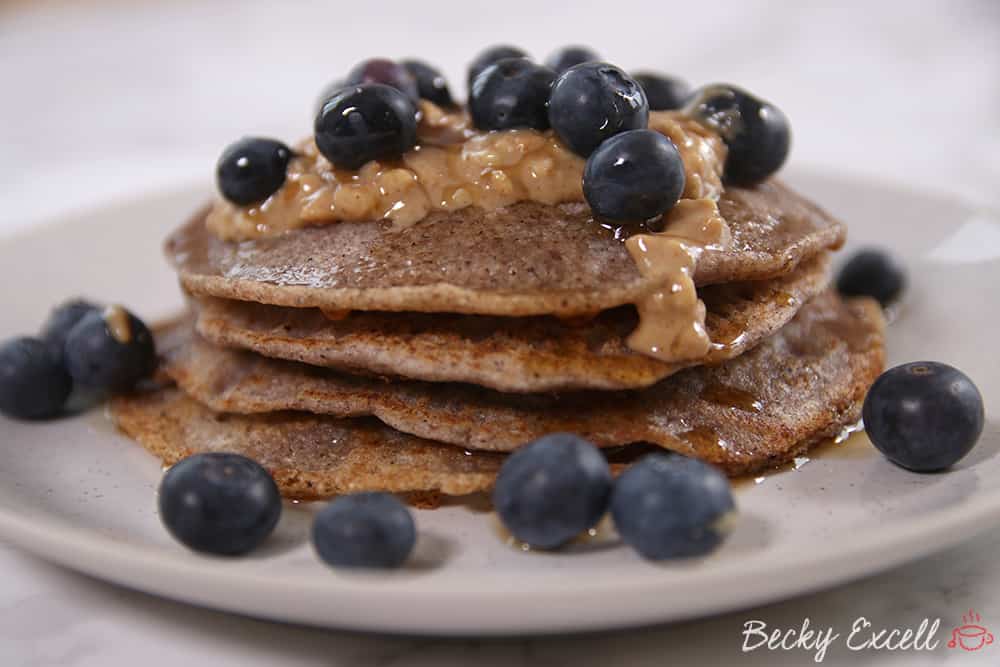 Thanks so much for checking out my gluten free and vegan buckwheat pancakes recipe!

If you want to make actual crépes, be sure to check out this recipe here, but apologies as these ones contain eggs! Want an egg free version? Let me know in the comments below!

Any questions about the recipe? How did yours turn out? I’d love to see a photo of your buckwheat beauties! Please do let me know by leaving a comment below or on Facebook / Twitter / Instagram! 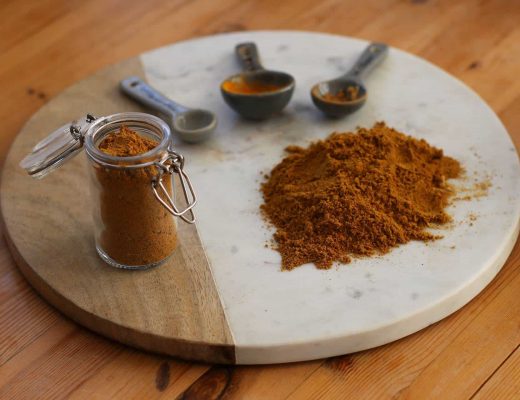 The Only Low FODMAP Curry Powder Recipe You Will Ever Need 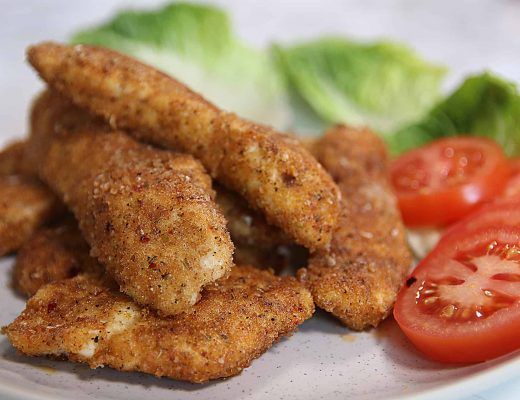 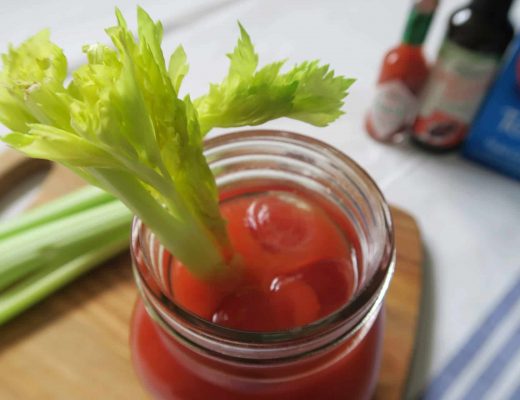 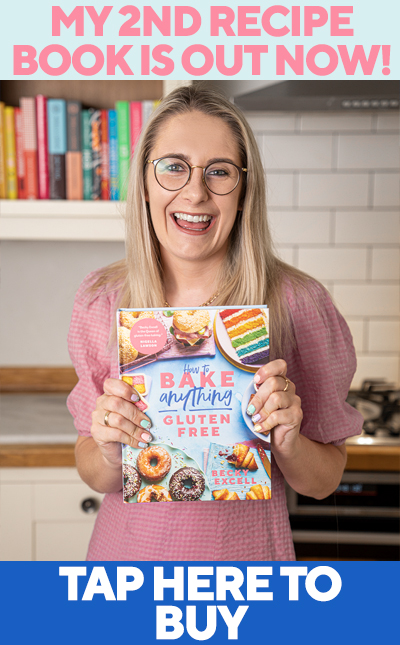