Why I’ve never been ‘properly’ tested for Coeliac Disease.

If you’re suffering with IBS symptoms and think going gluten free will provide some much needed relief, STOP ⛔️. Before going any further, take a visit to your doctor and ask to be tested for Coeliac Disease. Don’t give up gluten until you’ve done this.

Today I wanted to talk through my #IsItCoeliacDisease journey for Coeliac Awareness Week. It’s something I am very passionate about and always have been because back in 2009/2010 I was given poor advice and I don’t want anyone else to needlessly go through what I have. This might be a bit long, but I’ll try and keep it interesting and useful! 💗 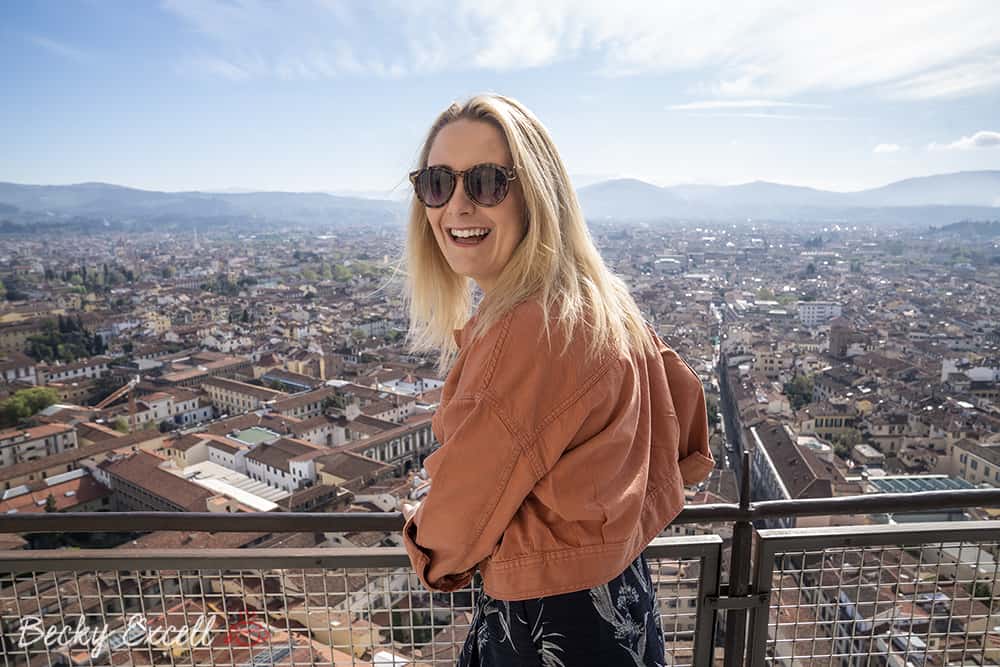 Where it all started…

So back in 2009/2010 I started noticing that I was feeling unwell a lot. I had just started university and I initially put it down to the stresses and strains of university (which definitely was a factor), rather than thinking it had anything to do with food.

I came back from university for a month over Christmas and things started getting even worse. I often fell ill over the Christmas period throughout my teenage years and just put it down to overeating. However since feeling ill at university I’d started making a mental note of what foods seems to make me feel the worst and in what way.

Pasta 🍝, Chinese takeaway 🍛 and bread 🍞 were all the things I started to see a pattern with. The symptoms were awful – I was already constantly constipated (and had been for what felt like a lifetime), but then on top of that I was getting horrendous flatulence 🌬 (which was very embarrassing when I was fairly newly in a relationship with Mark).

After a lot of meals I’d blow up like a balloon and so often immediately after meals I would have to lay down… I missed out on many nights out at the last minute because after dinner I was basically unable to move because of the pain. These symptoms wouldn’t just go away after an hour or so, they would last for a couple of days at least and they made me incredibly unhappy 🙁.

Let’s go back even further

I didn’t rush to the doctors straight away during this period, because I clearly remembered as a child (about 11/12 years old) going to see a doctor privately with my parents. They took me because I was suffering was terrible bloating and pain after every meal (especially lunch – my favourite food as a kid was ‘bread and butter’ – yes I was weird). 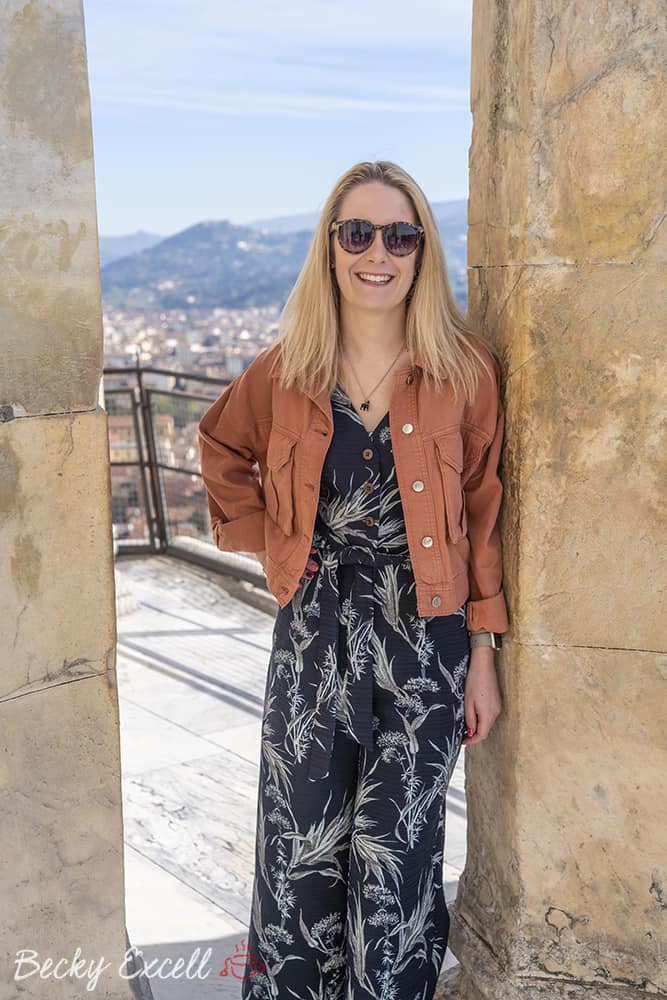 The doctor didn’t think there was anything wrong – he did an ultrasound scan (which got out at school and some kids said I must be pregnant to have an ultrasound) which came back clear and said it was nothing serious, probably just the nature of growing up and hormones. I just thought that I’d get the same response at the doctors and felt like I would be wasting their time 🙄.

However, it eventually got all too much and I wasn’t coping well at all so I booked a doctors appointment. The doctor sent me away to do a food diary for a couple of weeks. Upon returning to the doctors with a completed food diary he took a look and said that it might be a good idea to cut down on bread and pasta.

He told me that they are linked by wheat flour and so I should look out for wheat on ingredients and see if that helps. He told me to book an appointment for a months time and we can see how I’m feeling. So I did!

Taking pasta, bread as well as cakes, soy sauce, breadcrumbed food, pizza etc out of my diet seemed to help quite a lot. I wasn’t happy as I didn’t really know how to replace them (especially bread at lunch, I didn’t want a salad!). I went back to university and I did still have a few days where symptoms were bad 😣.

I was trying my best to eat like the doctor recommended but it wasn’t easy. I wasn’t enjoying uni (I actually dropped out that March), and even though I knew it would give me pain I was tempted to eat the odd thing I shouldn’t, very rarely though.

I didn’t get to go back to the doctors until March which was 2 months rather than a month. I told the doctor that I thought I was feeling a lot better on the whole but not 100% so he sent me off for a couple of different blood tests. One of these was for something called Coeliac Disease (which I’d never heard of). 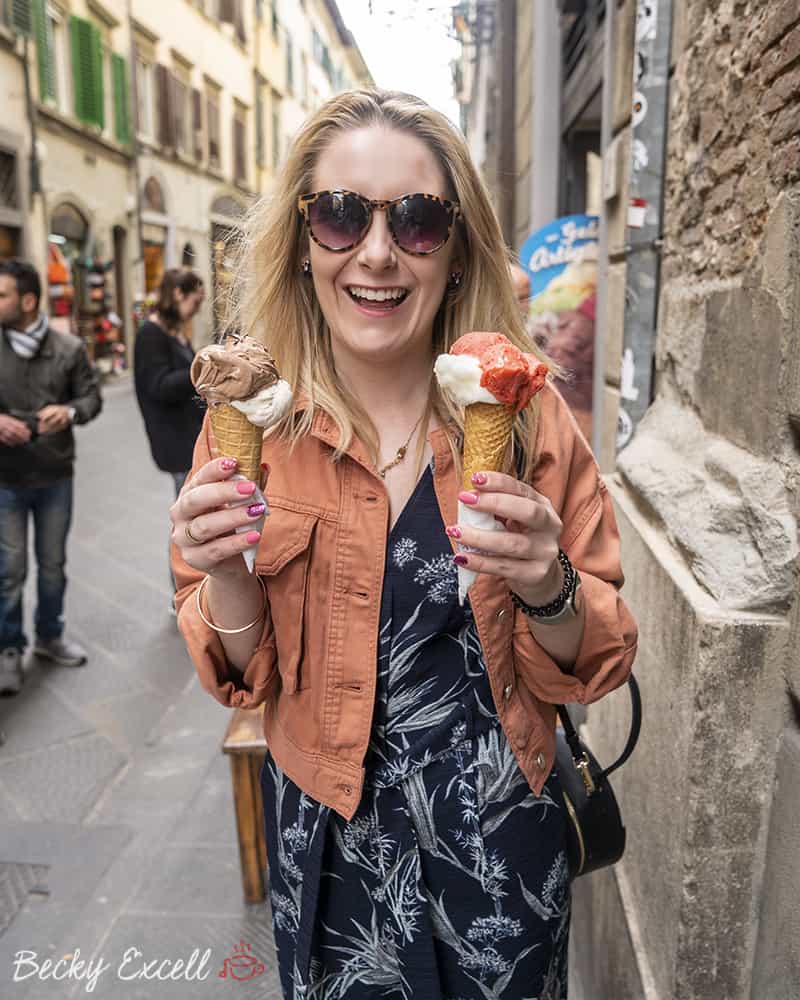 The Coeliac blood test came back clear, the only things that came back a bit low were from the other blood test, Vitamin D and something to do with having a slightly fatty liver (the liver issue returned to normal fortunately but Vitamin D issues have remained on and off in the 10 years since).

The doctor told me to continue to follow a gluten free diet and this time gave me some printed out sheets with lists of everything I should avoid. So I continued and that was that.

Giving up gluten too early – a mistake!

It wasn’t until well after this that I discovered that the fact I had given up gluten almost entirely for 2+ months prior to my blood test was basically invalid and that to be properly tested I would have to reintroduce gluten. By this point I had entirely given up gluten and was feeling much better for it (I’d discovered gluten free bread which definitely wasn’t my favourite but at least there were some options).

I didn’t even consider reintroducing gluten, the thought of eating it once again made me feel sick to the stomach so I just decided that I would permanently eat gluten free. I continued to go back and forth to the doctors because my stomach was still struggling badly.

It was a very stressful time in my life 😢, having dropped out of uni and deciding whether to go back or not which definitely didn’t help my gut. I was diagnosed with IBS and over the years was provided with a few different medications on prescription, none of which helped me.

Lets fast forward to early 2015, I now lived in a different part of the country so visited a completely new doctor and was referred to gastroenterology for tests as my gut health wasn’t right. I went to a hospital in Manchester and after discussing my symptoms, without even a blood test being taken, I was told that a endoscopy and colonoscopy would be a good idea. 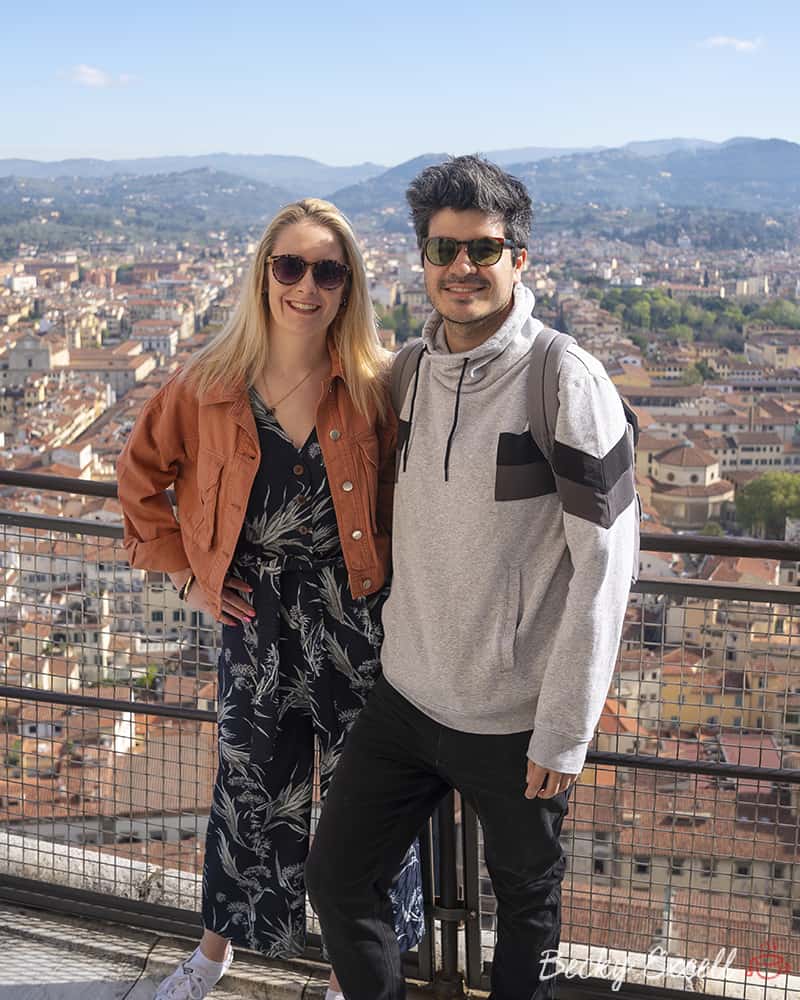 I asked the doctor what he was looking for by taking the tests (he didn’t talk much which was quite frustrating) and he just said for a mix of things such as Coeliac Disease and Crohns. I remember clearly asking him at the time whether I need to reintroduce gluten before the procedures and he said it wasn’t necessary as it would pick up everything.

I told him I hadn’t eaten gluten at all in many years and he said very flippantly, no worries. But he’s the doctor right? I took his word for it and assumed that maybe they had some more advanced ways of checking in the hospital in Manchester.

I went through with the endoscopy and colonoscopy. Both on the same day, one after the other. I was given sedation before the endoscopy so I don’t remember any of it but it came back clear (surprise surprise!). The colonoscopy I believe was not for Coeliac but for other potential problems and we never got to fully finish the procedure.

By this point the sedation had worn off and I seriously have never felt such pain. The tube detached from another part of the tube whilst they were doing it so they aborted mission. The doctor said I had very small and twisted intestines and wasn’t prepared to try the colonoscopy again. She said she didn’t get very far but all looked ok, so no worries. She then recommended for my gut health issues that foods like mashed potato  might be a good idea?! Anyway, I’m going off point now.

So that was that, I was discharged from the hospital’s treatment and have just had to live with the pain, flatulence, constipation for what feels like a life time. I’ve been back and forth countless times to the doctor since and never really get anywhere.

I’ve been struggling for years with terrible fatigue and all my muscles aching (especially my legs) .- it makes me want to just go to sleep – I literally could just lay on the floor in the middle of town and I’d be sleeping soundly! 😴😴😴 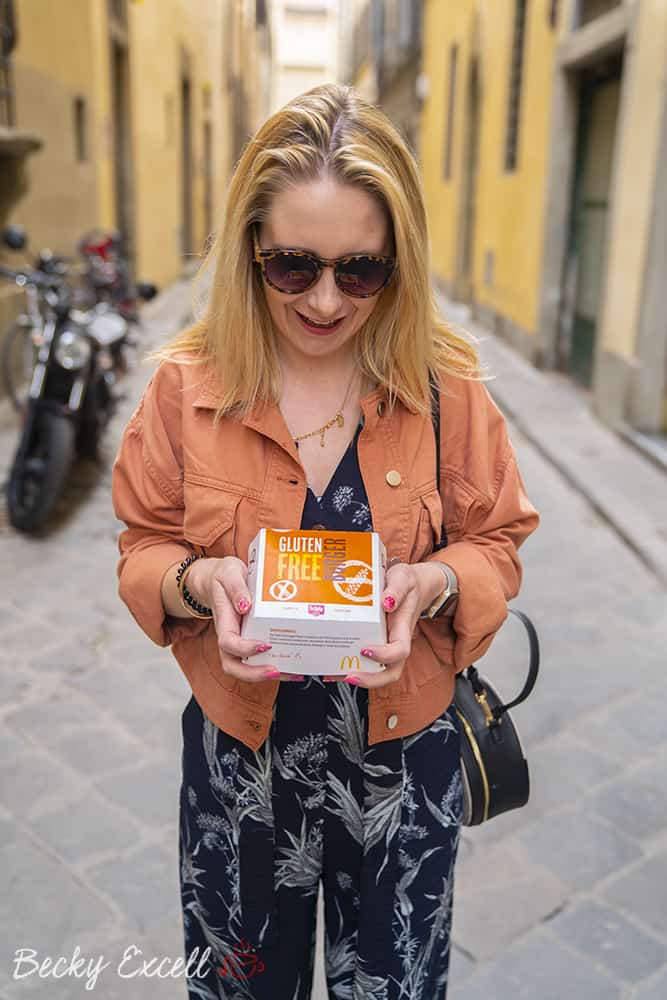 I also really struggle with loss of concentration and absolute brain fog a lot which again I’ve spoken to the doctor about and they just say I need to drink more water and go to bed earlier (both things that I do). I have been put on high dose vitamin D tablets though as I am very deficient.

Recently after much thought I went to a new doctor and explained about all my problems over 10 years as a whole (I think when they see I had a serious eating disorder in 2013/2014 they kind of put a lot of my symptoms down to that and dismiss anything else… even though I’ve been recovering for 5 years!).

I asked, I was discouraged…

I said to her how, even though I have been tested for Coeliac, I believe the tests were done incorrectly as I wasn’t eating any gluten. She said that was probably true, however when I said I was interested in reintroducing gluten to be properly tested, she tried to discourage me 😯.

I was told it wasn’t necessary, it would make me unwell and that so long as I continue to eat gluten free strictly, I shouldn’t bother (she actually sent me off with some sheets listing low FODMAP foods and told me to follow it – terrible advice as this needs to be done with a dietician). After building myself up to go to that appointment I’m now thoroughly deflated and confused with what to do 😬.

I basically wanted to share my story so far to just let you know that if you’ve been through something similar, you are not alone. But even more importantly, if you are reading this and relate to my symptoms, go and get yourself checked out. Ask about being tested for Coeliac Disease.

Don’t let any doctor say it’s ok to do tests when you don’t eat gluten. Ask lots of questions, and if you are not sure about their answers, check with Coeliac UK before changing or going through with anything. No question is too silly, its worth it 🙌🏻! 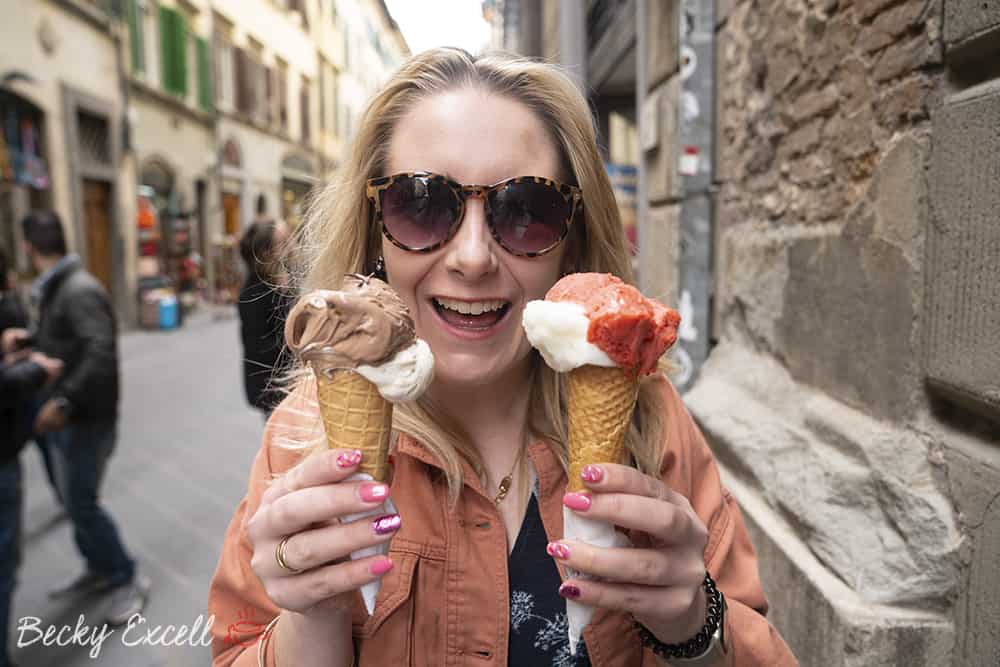 I myself live a life that’s 100% gluten free and is very strict. Until I know for definite (and I may never know) if I have Coeliac Disease, I will eat and live as if I do have it. But not having that confirmation leaves me in a grey area – one that I ideally don’t want anybody else to join me in!! Get tested ‘properly’ before you remove gluten from your diet, no matter what anyone else says!

Something I do really want to talk about more as well is how problems with my gut health have affected my mental health and vice versa. That’ll come soon, so stay tuned. 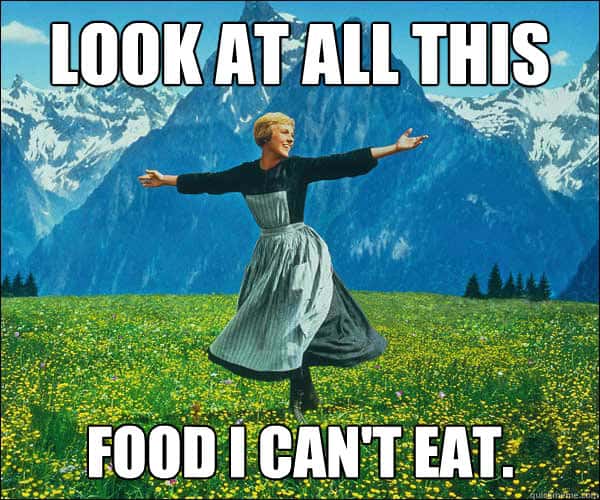 19 Things That Will Annoy You If You’re Gluten Free 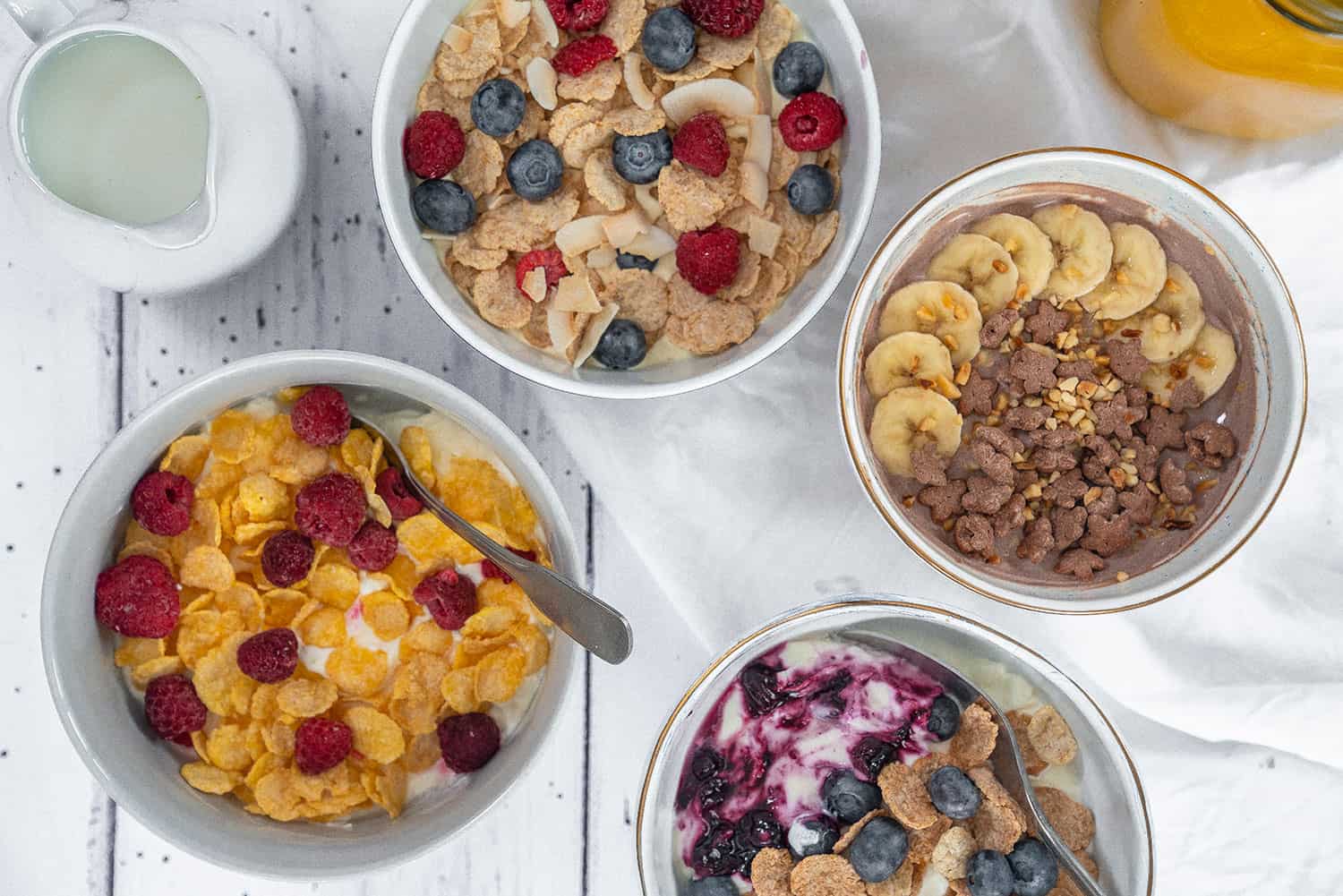 5 gluten free cereal hacks to make your morning even better 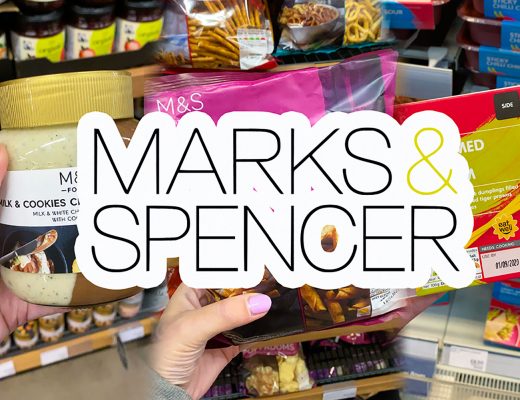