20 things nobody tells you about having IBS

I always think that IBS should come with an instruction manual. But I guess nearly 10 years of trial and error will have to do! So here’s those last 10 years summed up in the 20 things nobody tells you about having IBS…

Why did I create the 20 things nobody tells you about having IBS? Well, I just wish I knew everything that I do now about IBS, but waaaay back when I was first diagnosed. I wish I knew the impact it would have on my social life, family life, mental health and career. Maybe it wouldn’t have been such a shock if I knew what I was in for? Who knows!

But either way, here’s hoping my 9+ years of IBS can help you lot in some way. So here’s the 20 things nobody tells you about having IBS… 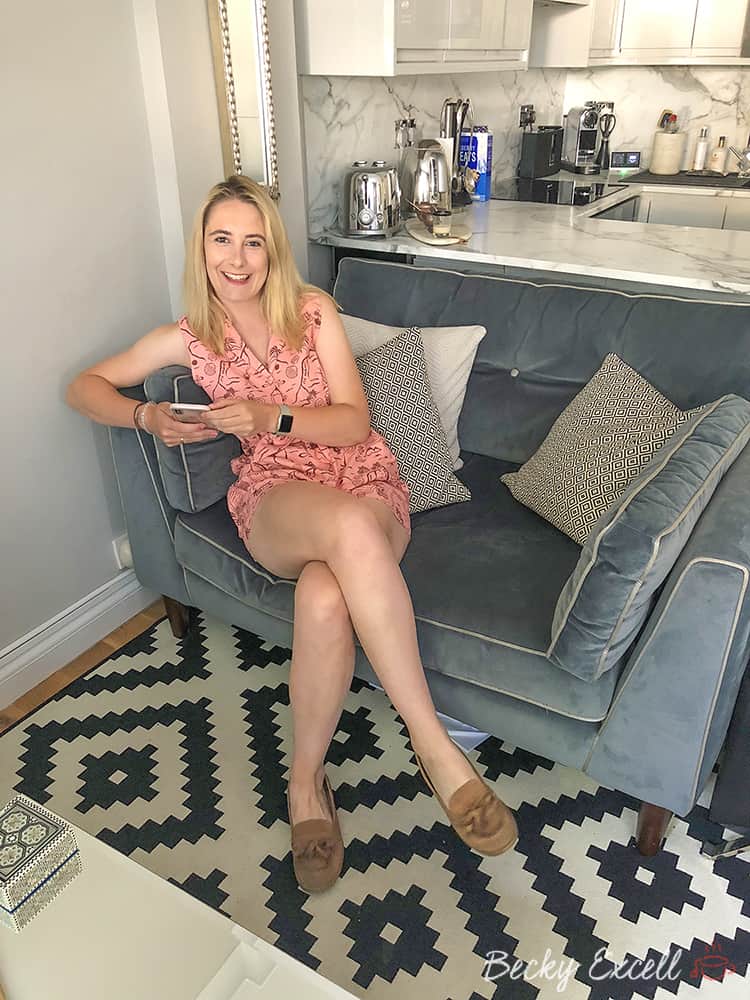 1. Nobody will really understand what the term ‘IBS’ actually means. Most people assume that I’d be rushing to the toilet without a moment’s notice. They also probably assume that I wouldn’t even be able to make it to the toilet if such a scenario occurred. Well, spoiler alert – I have IBS-C and neither of those apply to me.

2. For some unexplained reason, you’ll become intolerant to tons of different foods. As a kid, I hated eating my vegetables, but now I wish I could just eat a massive sprig of raw broccoli without feeling like I’m about to explode all week. Sadly, most of the things I can’t eat are fruits and veg, which is a real issue for my overall health and well-being.

3. You’ll begin to rate places largely on the availability and condition of their toilet facilities. Two cubicles for a 5 floor department store? I think I’d rather just stay at home, thanks (especially since we’ve just redone our bathroom!) You just can’t beat the sight of a functioning, clean toilet – oh and the fact that the door shuts and locks always helps too.

4. You’ll have to explain what having IBS is like several times to several different people who won’t really get it anyway. “Ok, it’s sort of like someone is pumping up a balloon inside me, but it never bursts… and for some reason, I can’t eat onions. Plus, I never go to the loo and when I do, it isn’t pleasant.” TMI? Most people just regret asking. 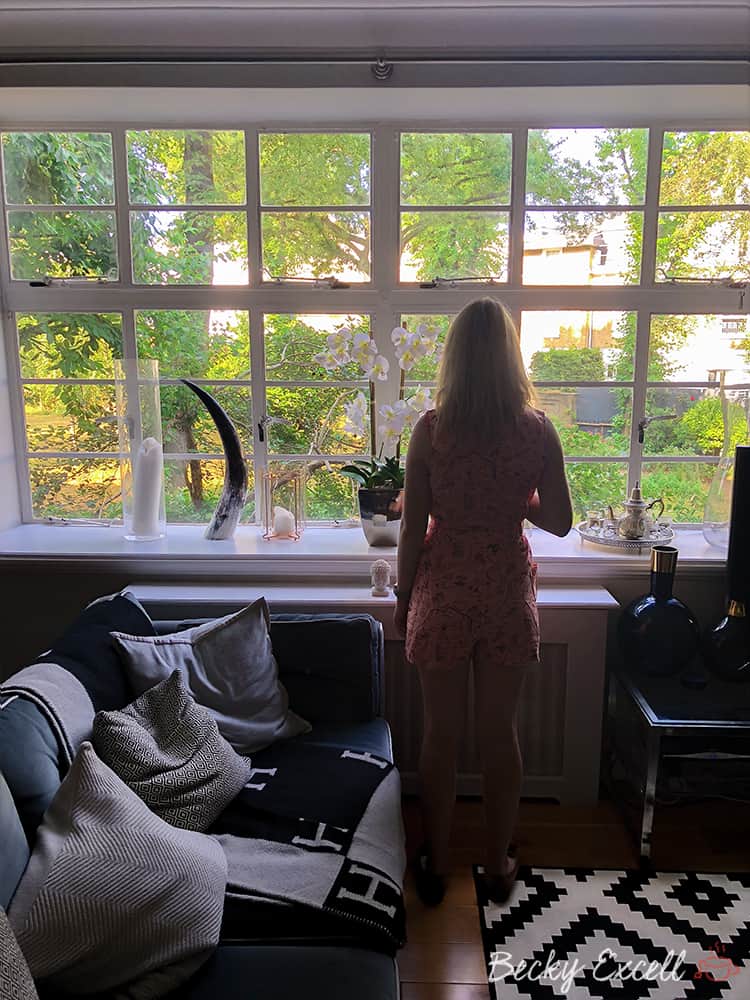 5. It can make your working life a constant battle. Most jobs are stressful enough as it is without throwing in the permanent bloating and inevitable toll that IBS can have on your quality of life. Plus a natural part of working life means spending time with your colleagues outside of work, but unfortunately…

6. You’ll probably have to turn down invites to tons of social occasions. Why? Well for me, either I’m experiencing an IBS attack and I can’t come, or I’m feeling ok, but there’s food involved which may result in an IBS attack – so I can’t come. Basically, I’m staying at home no matter what. RIP social life.

7. People will think you’re a fussy eater. “Mum, I know I ate garlic and onion when I lived at home and never had a problem, but now it makes me feel like an alien is about to escape from my belly button. I’m not making this up!!” I’m still not sure if she believes me or not.

8. People will think that it’s ‘all in your head’. Sadly, people have tried to sneak things like onions into my food thinking I wouldn’t notice because IBS is just something I magically convinced myself was true. The size of my stomach and the excruciating pain I’m getting from trapped gas say otherwise – but thanks for not only thinking I’m a liar, but also poisoning me.

9. You’ll be asked to ‘eat a little bit’ so that your body ‘gets used to it again’. Is this really something that we still think about food intolerances? It’s a bit like saying the best cure for a broken leg is to break your other leg. Well, at least you can’t break any more of your legs, I guess.

10. You’re more at risk to becoming deficient in lots of things. After feeling terribly lethargic with aching legs and odd bumps all over my joints, I took a blood test. It turns out that I’m extremely low in vitamin D and you can bet it’s from not being able to eat so many different fruits and veg. My diet is pretty one dimensional thanks to my food intolerances and I feel pretty awful a lot of the time.

11. You can avoid all the foods that trigger your IBS and still have an IBS attack. Try drinking lots of water after a big meal… that’s not something I’ll be doing in a hurry again. Plus there’s always stress and you can’t forget this next one… 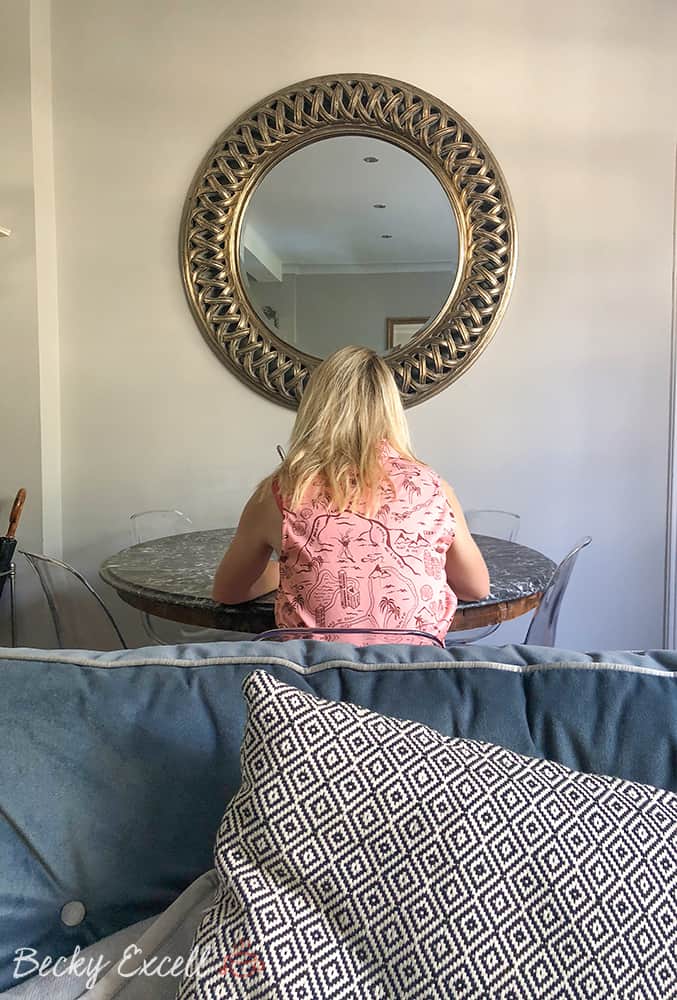 12. Stress can be worse than eating food that disagrees with you. So not only do I now have IBS, which in itself it quite stressful but stress is now also a trigger too. And so the vicious cycle begins.

13. Nobody is interested in your bowel habits. We can’t talk about things like bowel habits without one party scrunching up their face like well… you’ve just mentioned your bowel habits. But surely, it’s quite important to keep an eye on these types of things? And encourage people to not keep it to themselves? But what do I know?

14. Doctors won’t really ever explain how any of this happened. Was it a poor level of gut bacteria? Was it antibiotics? Was it stress? Contraceptive pills? How about stomach acid levels or perhaps it’s just genetic? Nope. I have no idea, because nobody else seems to either.

16. Going on holiday becomes less relaxing than just staying at home. Being at home is great, predictable and safe. Going on holiday is scary, full of language barriers and unknown ingredients in food. Plus, a drastic change in routine and timezones never helps my digestive system whatsoever.

17. Your mental health can really suffer as a result of IBS. To be told that you have a condition that drastically affect your quality of life with no cure, is pretty brutal. If you can keep calm and carry on knowing that, then you’re a stronger person than I am. I’ve shed a lot of tears over IBS and I’m sure I will continue to do so. 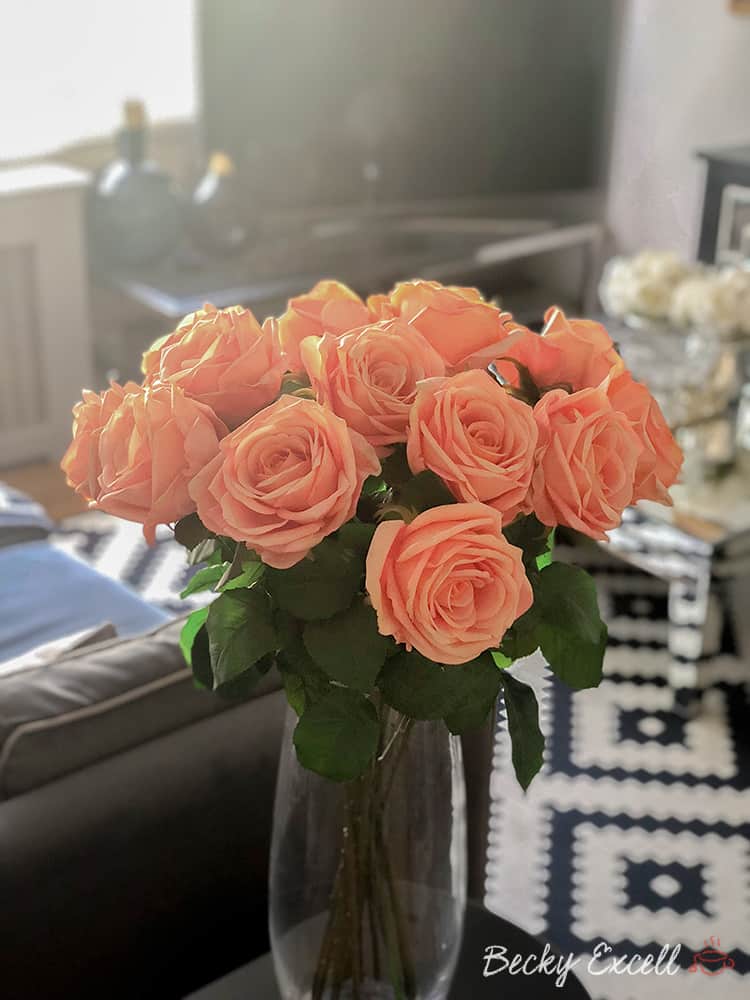 18. You shouldn’t just stop eating everything that disagrees with you forever. The whole thing about the low FODMAP diet is soooo centred around reintroduction, but so often, a lot of people are too scared to try that food again in any quantity. You need to know the limits of your intolerances – plus, the severity of your intolerances can ease off sometimes too.

19. Your IBS can make a lot of life-changing decisions for you. IBS can sometimes be pulling your strings without you even noticing. Day-to-day stuff like your social life and your diet are a bit of a given, but what about forcing you to change your career? Or ruining a relationship? That’s why this thing that nobody tells you about IBS is probably most important of all…

20. Learning to self-manage your IBS is probably the best thing you could ever do. Seeing a dietician to embark on the low FODMAP diet and getting a nutritionist’s advice are so important – 100% yes. But at the end of the day, 95% of the time, you’ll find that it’s just you and IBS vs the world, so it’s important that you teach yourself how to co-exist as peacefully as possible. The sooner you learn to do this, the sooner you can get back to carrying on with your life! 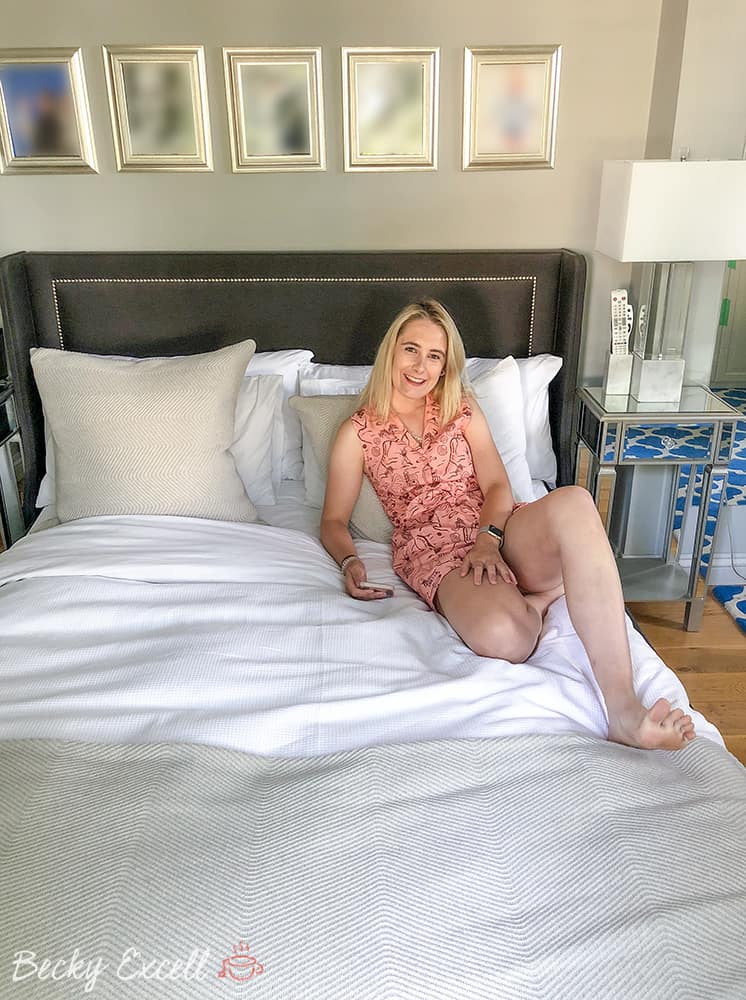 Thanks so much for reading the 20 things nobody tells you about having IBS. If you’ve got any more to add to the list, why not leave a comment below?

If you’re struggling with IBS and need support be sure to check out the IBS Network. If you just want to chat or ask me about my IBS (no I’m not too embarrassed to talk to my fellow IBS sufferers!) then hit me up on Facebook, Twitter or Instagram.

Stay strong and look after yourself. 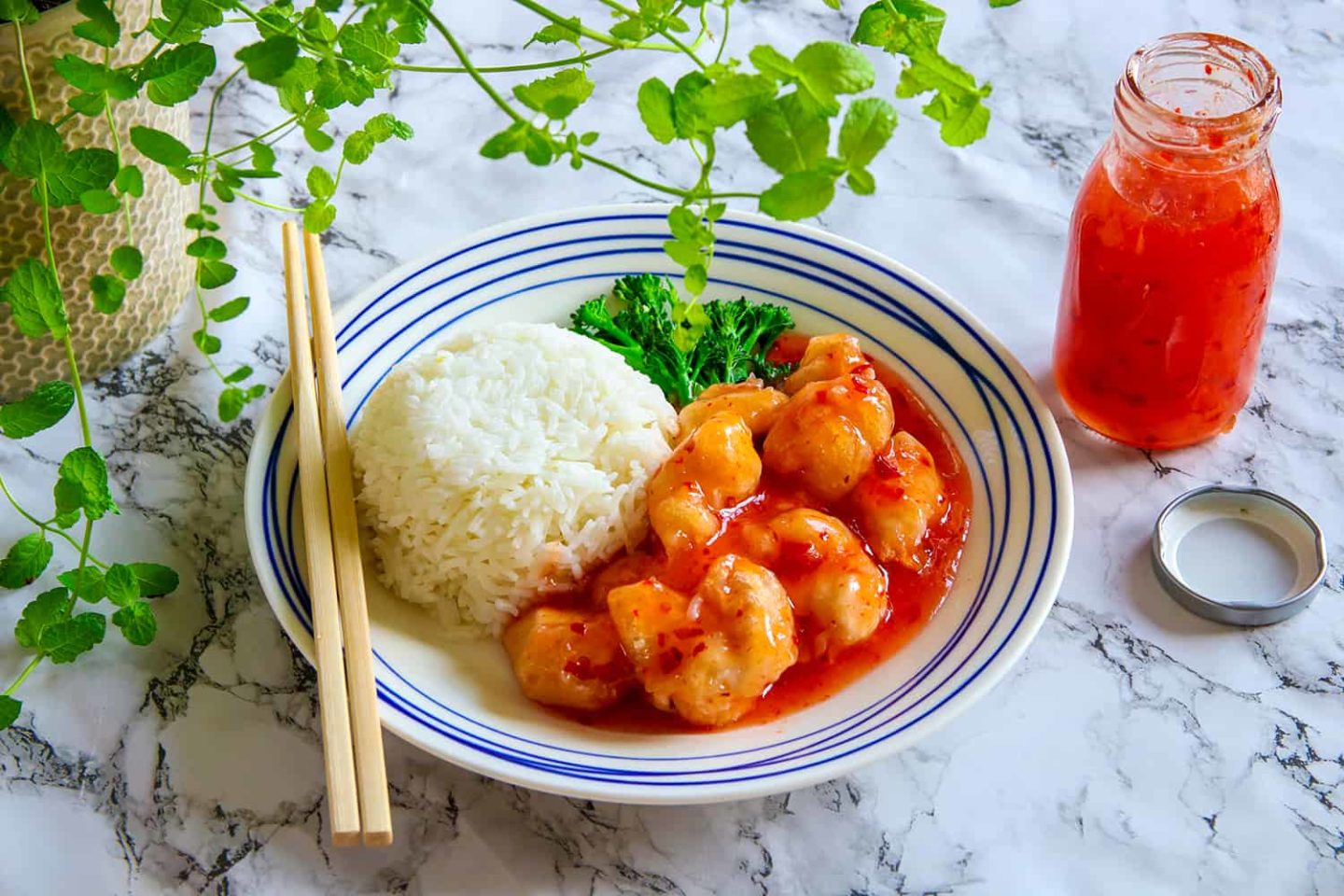 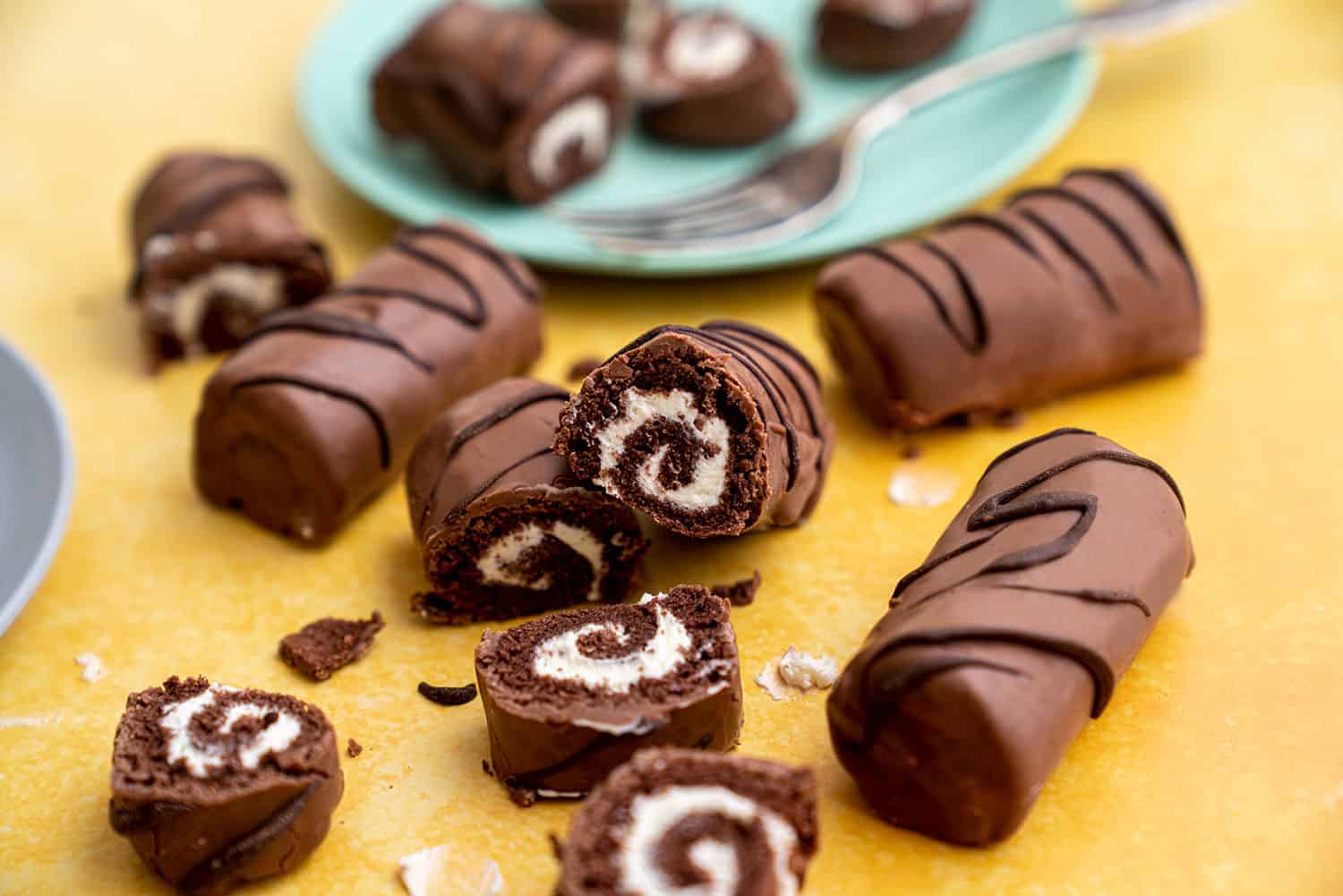