My gluten free Pho noodle pot is a weekly meal prep hero, making it a jarringly (get it? because it’s in a jar?) good lunch on the go. It’s of course dairy free and low FODMAP too.

My gluten free Pho noodle pot is full of authentic Vietnamese flavour and you can take it anywhere in the world (ideally somewhere with a fridge and a kettle though). Mark often makes us a killer Pho noodle broth, so I asked him if he could make a mini one that would fit in my Kilner jars… ‘challenge accepted’ he said! 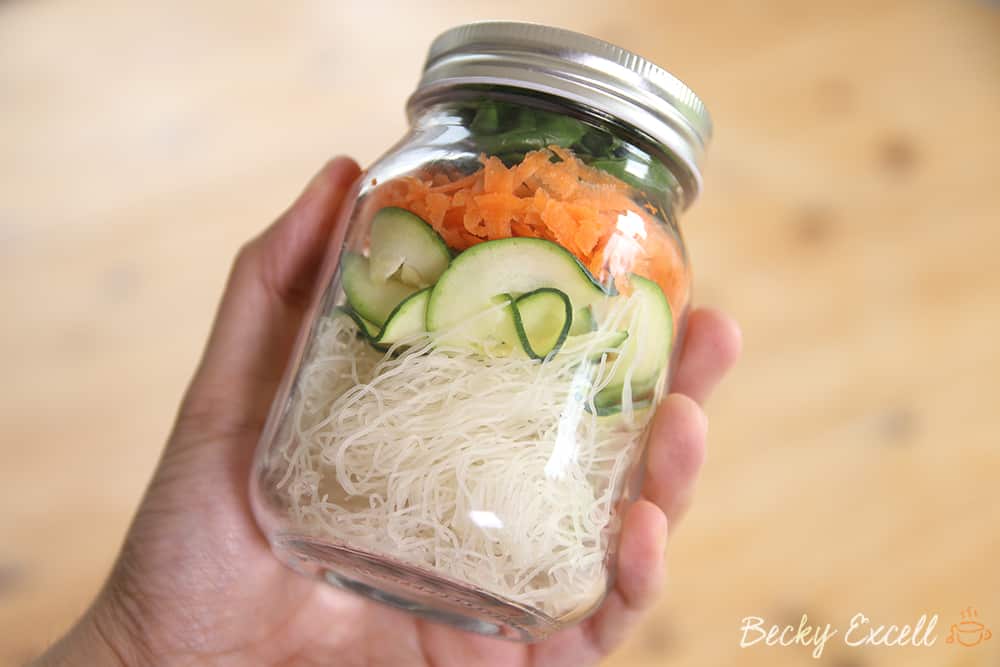 As you can probably guess, I really struggle when it comes to gluten free and low FODMAP options on the go. My Mum would usually say ‘just take an apple or a banana!’, but sorry Mum, an apple and a ripe banana are both high FODMAP!

That’s why I was determined to make my own low FODMAP lunch on the go – my gluten free Pho noodle pot.  So heroically and undeterred (read: because I have no other choice), I decided to make my own. There’s some awesome gluten free noodle pot brands out there these days, but of course… *triumphant trumpet sound effect* they’re not low FODMAP.

So what’s in it? The bottom layer is dried vermicelli rice noodles, then spiralised courgette, then grated carrot, chives and a handful of spinach. An important part of creating my gluten free Pho noodle pot is to fill it with thinly cut veg, so it’ll cook perfectly when boiling water is added later. But what about the broth, I hear you ask? 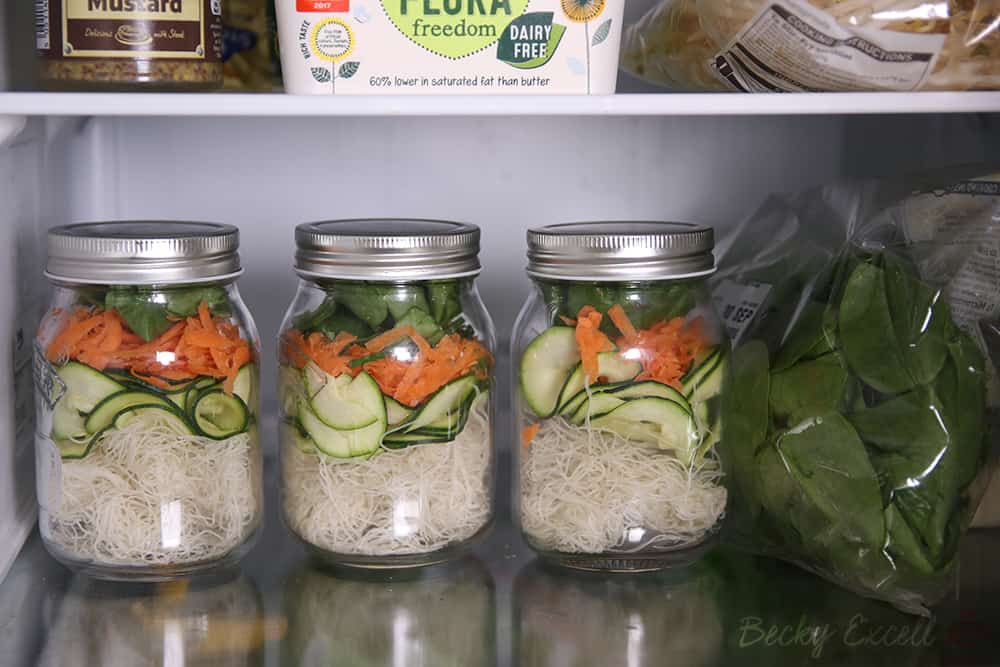 Well, the broth is a magic combination of lots of things integral to an authentic Pho broth, but I’m just gonna mention the important changes to make it low FODMAP. Firstly, your stock cubes. Finding garlic and onion free stock cubes is a small-scale nightmare, but after enough searching, you should start to realise that it is certainly possible. I use these ham stock cubes in this recipe.

Obviously, there’s no actual garlic involved in the base of the broth, so I add a little garlic-infused olive oil instead. Instead of onion, we throw in some freshly chopped chives and… that’s it! Low FODMAP really doesn’t have to mean loads of complicated changes at all and if you’re not low FODMAP… well, you won’t even notice a difference.

When you want to enjoy your gluten free Pho noodle pot, just simply add boiling water, whack the lid back on for 4-5 minutes and give it a good old stir. Instant, authentic and fresh lunch on the go!

But please make sure that your jar is somewhat heatproof before you pour boiling water that’s hotter than the sun into it! If not, you can always keep it in your jar for transportation, empty the contents into a deep bowl and cover with a plate after adding boiling water. Easy peasy! 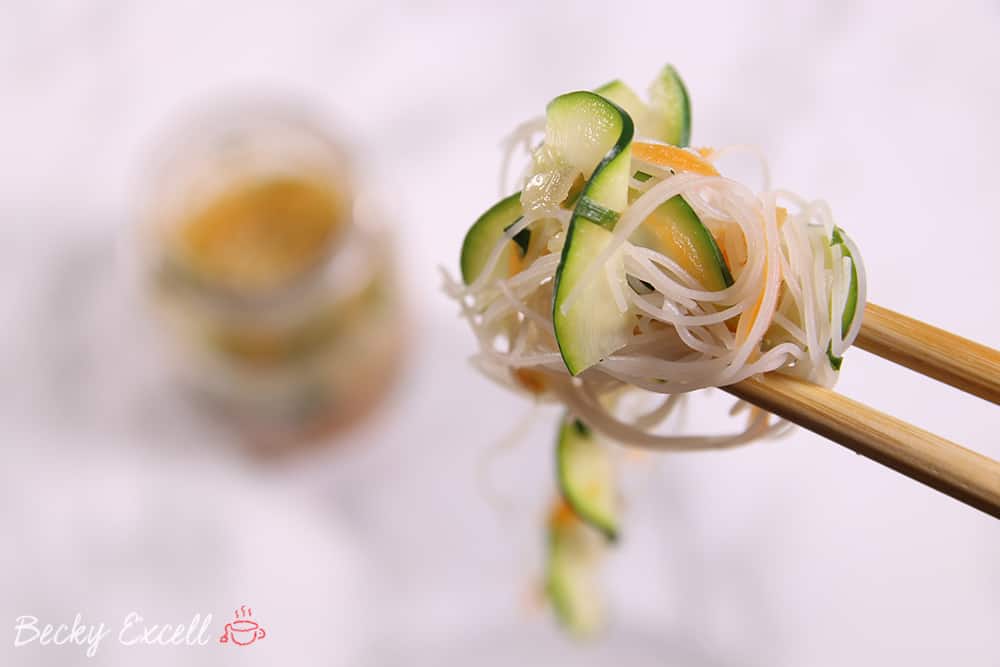 My gluten free Pho noodle pot is so easy is to prep ahead of time and rule out the possibility that you’ll go hungry when you’re out and about. As I’m sure a lot of you have learned, you just can’t risk leaving the house unprepared and expect to find something that’s safe for you to eat. Always be prepared!

Prepping my noodles pots in advance is a surefire way to make sure you’ve not only got food that’s safe for you to eat, but also, food that’s fresh, healthy and mouthwateringly magnificent. Here’s my gluten free Pho noodle pot recipe for meal prep! 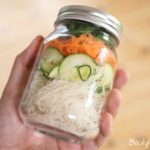 Make sure your jar is somewhat heatproof!
Making multiple jars for the week? Try making your broth base all at once instead of measuring it all out multiple separate times. If you're making four jars for example, just multiply the amounts of the 'for the broth' ingredients by four and add these to a mixing bowl. Thoroughly mix them and divide them into four even amounts. You can then add these four amounts to each of your jars.

Thanks so much for checking out my gluten free Pho noodle pot recipe! Don’t forget to check out my vlog (coming soon!) if you wanna see me throw one together. If you’ve never tried meal prepping food ahead of time, it might be about time that you got started.

Even if you don’t have allergies or intolerances, it’s super handy and saves you prep time midweek when you’re busier. But for people like us who avoid certain things, it’s an absolute life saver when there’s inevitably no food around for us!

Thanks for reading and have a great day, 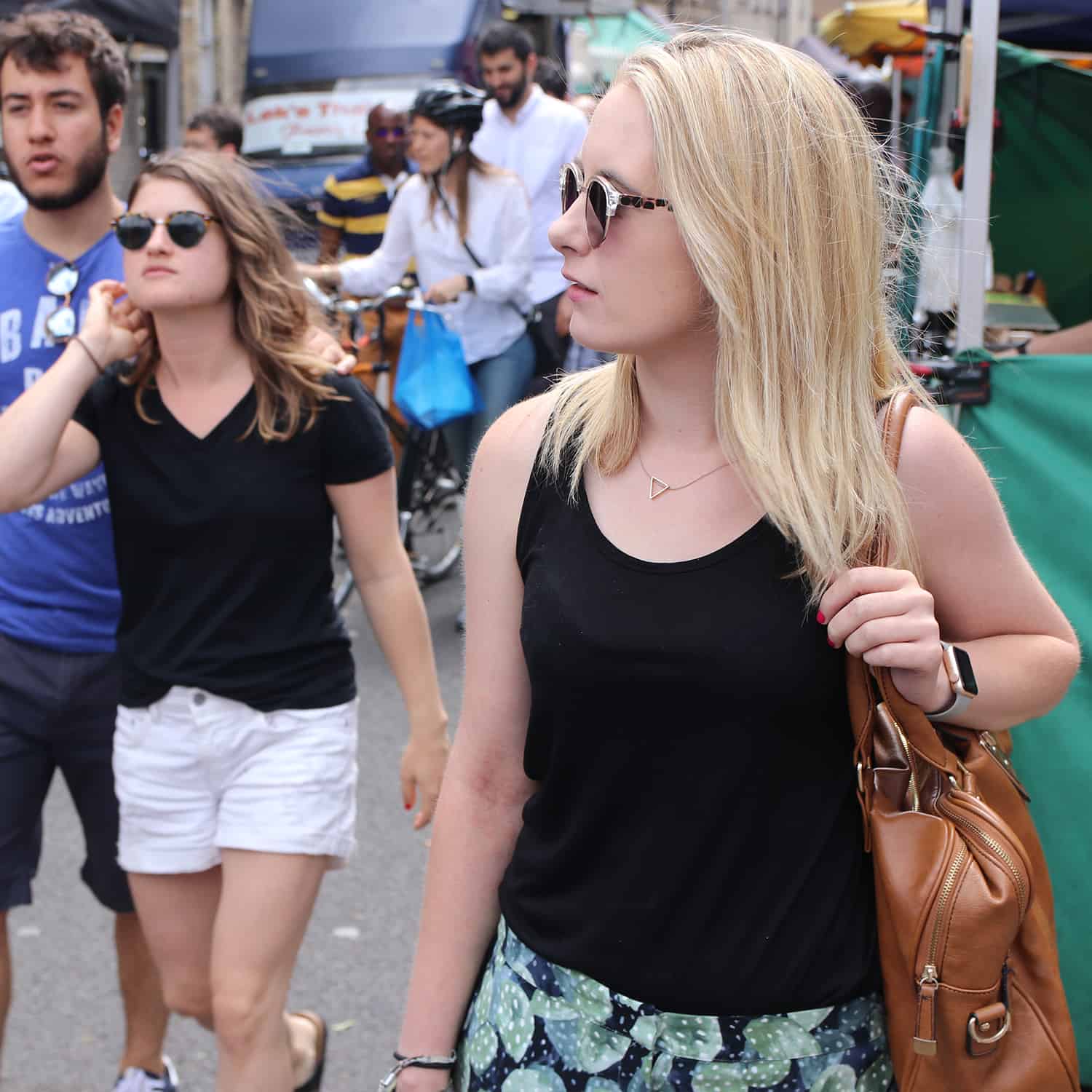 PREVIOUS RECIPE My 5 Coeli-hacks – Tips on surviving being gluten free! 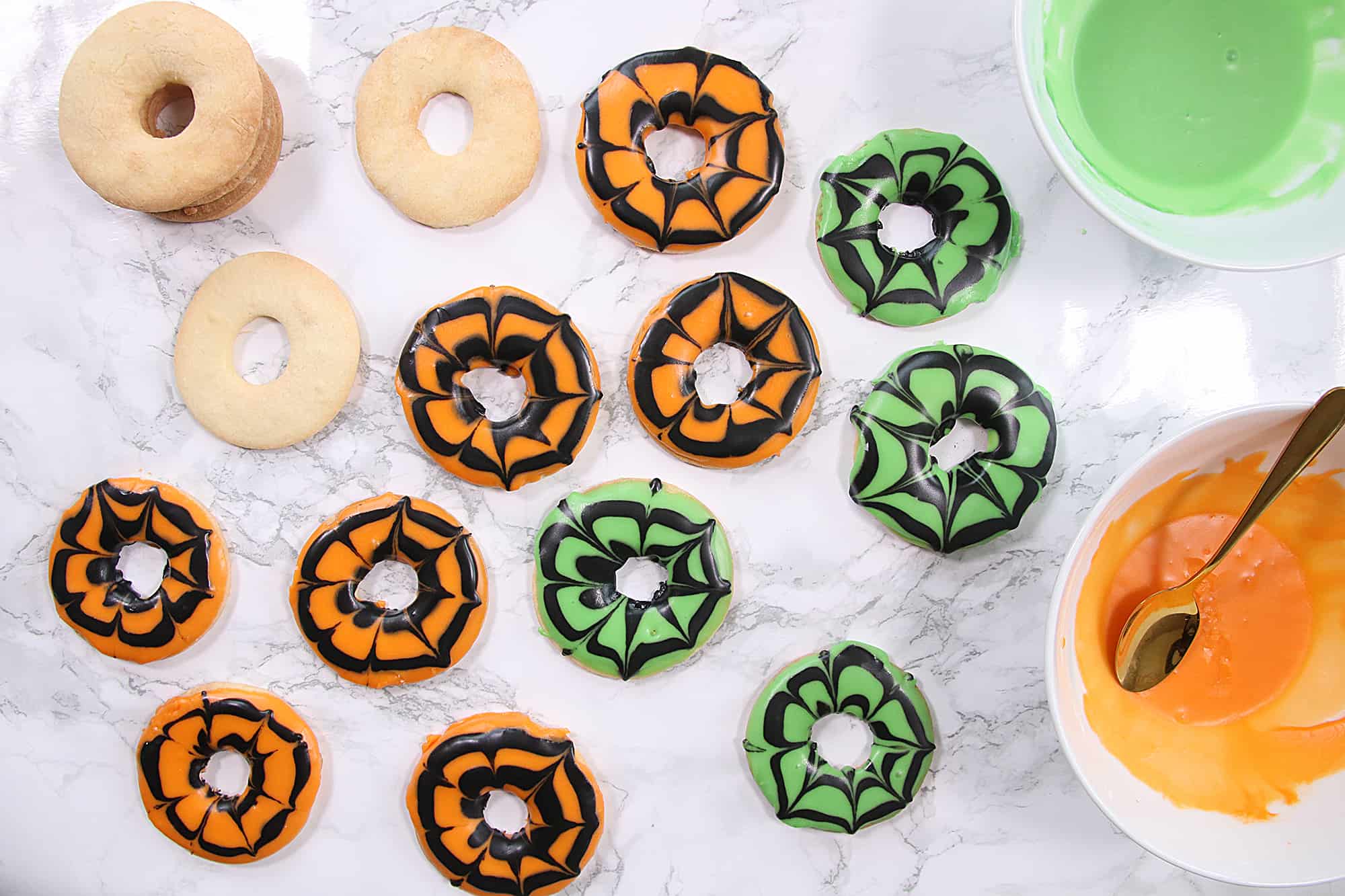